*Generic Documentation for Transit for Seaman*

1. 2 printed copy of regular Schengen visa application form, it should be filled in all fields and signed by the applicant – or, if the applicant is minor, by his/her parents or guardians – (in pages 3 and 4) and two recent coloured photographs with white background, in good quality sized 3×4 cm, with face looking at the front. Posted the photos at visa application forms on the corresponding site.

2. Passport with minimum validity of 3 months since expiration date of applied visa and photocopy of passport. The passport should have at least two blank pages and should be issued ten years before.

3. Seamen Book with minimum validity of 6 months and its photocopy.

4. Photocopy of applicant’s identity document (KTP for the national of Indonesia) and, for applicants with Indonesian nationality, photocopy of family book.

6. Health insurance policy which covers all risk for period of stay foreseen in the Schengen Territory + 15 additional days (grace period is established on the article 24 of Visa Code) and which is valid for all the Schengen area, with a minimum coverage of 30.000 Euros. The medical insurance should cover the urgency medical attendance or hospitable attention of urgency, as repatriation by medical reasons or by death.* IT WILL BE NOT NECESSARY TO PRESENT THE DOCUMENT IF THE SEAMEN IS ALREADY COVERED BY A TRAVEL MEDICAL INSURANCE BY REASON OF HIS PROFESSIONAL ACTIVITIES, situation which will remain accredited if the inviting Spanish maritime agency certify it specifically in the invitation letter.*

7. Invitation letter from a Spanish maritime agency. It should be signed and stamped with the agency’s stamp. The invitation letter should consist of the following data: name and surname of the seamen, date and place of birth, Passport number, passport’s date of issue and date of expiry, Seamen Book number, Seamen Book’s date of issue and date of expiry, job description of the seamen in the ship in which he will embark (the data relating to the seamen, in assumption of being various, could be related in a list, which should be signed, stamped, and attached to the invitation letter), the date and the entry airport in Spain, ship’s name, ship’s flag, sea port or harbor of embarkation in Spain, *duration of stay of the seamen in the ship,* sea port or harbor of debarkation of the seamen, return date of the seamen’s to their origin country, itinerary of the seamen from travelling to Spain to returning to Indonesia. In the invitation letter, the Spanish maritime agency should indicate name and address of the local maritime agency in seamen’s origin country with whom he collaborates, or
which will be the agent to present the visa applications as well as will be responsible of the seamen on their arrival in Spain and to transfer them to the corresponding ship both on their arrival in Spain and on their return to origin country, in assumption that it is performed through the Spain territory.

9. Photocopy of working contracts or pre-contracts of the seamen to go on board on the ship.

-The processing time of the visa applications is 15 working days. If the appointed day to collect the passport falls in weekend or public holiday, will be given appointment to pick up the previous business day. 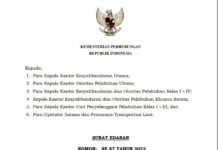